Gentleman misses the point completely. Opposition Members are burning to get into the Standing Committee to represent their constituents, but they have been burning so much that they have not shown it since the general election. I am grateful to my hon. Friend for giving way. Does he agree that the fact that 15 Opposition Members representing Wales are missing from the Chamber at this very moment demonstrates the fierce enthusiasm of Opposition Members to participate in the Committee?

I have now aggregated 12 Opposition Members who by certain criteria would be eligible, but even by the criteria that hon. Member for Cardiff, Central has set before me, at least seven of my hon. Friends have asked as many questions about Welsh local government as have Opposition Members. If we were to include those seven Conservative Members, we would have 13 on the Committee and the Opposition would have 12, but I reflect on what my right hon.

Friend said in that we must have a minimum of Bearing in mind the criteria adopted by the hon. Friend the Member for Ribble Valley Mr. Evans qualify as a member of the Committee as he was a distinguished member of West Glamorgan county council? Friend was a distinguished member of local authorities in Wales. However, he has other duties. The truth about the Opposition, the reason why Opposition Members are dying to get on to the Committee to champion the cause of their constituencies is that they do not have confidence in the hon.

Member for Caerphilly to represent their interests on that Standing Committee. He could not even secure half their votes in the election for the shadow Cabinet. That is the truth, that is the sham, that is the agenda of the Opposition. They are exposed for the sham that they are. I support the amendment moved by my hon. Friend the Member for Cardiff, West Mr. Morgan calling for the Committee to have 63 members. Despite the arithmetic of the Minister, that number would still give the Government a majority.

I listened with some interest to the comments of the hon. I apologise for interrupting my hon. Friend, but he will recall that many hon. Members were criticised for not asking enough questions. It is a rare treat for me or for my hon. Friend the Member for Blaenau Gwent Mr.

Smith to be criticised for not asking enough parliamentary questions, when we have asked more parliamentary questions in several Sessions than not only any Welsh Member but any hon. Does he not realise that we ask questions to seek information and the fact that some of us have asked very few questions demonstrates that we already have a wealth of information and knowledge? There is an enormous amount of experience of local government among Opposition Members.

I am quite embarrassed at just how many of my colleagues have been in local government. As regards the membership of the Committee, earlier this evening I had a word with my hon. Jones to press my claim to be on the Committee. He pointed out his embarrassment about my part of the world. I defer to my hon.

Friend the Member for Pembroke Mr. Ainger , who feels that, in view of his county council experience, he should have first claim to represent Dyfed.

My right hon. Friend the Member for Llanelli Mr.

Davies is also keen to be on the Committee, and so am I. We all have legitimate territorial claims. Carmarthen has its own interest as capital of Dyfed and it is likely to lose many jobs in the reorganisation. Llanelli has a different industrial character and my right hon.

Friend the Member for Llanelli wants to reflect that in the Committee. Friend the Member for Pembroke, with his recent and detailed experience and responsibilities on Dyfed county council, also has a claim. The embarrassment of riches is among those on the Opposition Benches, and I may lose my place on the Committee when I really want to be there.

I should also like to make another point which my hon. Friend might like to convey to the Government statisticians. The Committee considering the Welsh Language Bill , which was set up in a similar way to this, had nine English Members who were eligible to speak. Only one of them spoke and his contribution consisted of only 41 words, which shows just how ridiculous it is to have English Members drafted in on Welsh legislation. Friend for those comments. We have very much in mind his distinguished background on Clwyd county council before he became a Member of Parliament.

What he says about the participation of Conservative Members during the Committee stage of every Bill is true. They sit there simply for the votes, contributing nothing to the debate, and I fear that that will be the case again on this Bill. I was present for the opening and closing speeches of yesterday's six-hour debate on the Bill and I was astounded that the first Back-Bench Member to be called was the hon.

Member for Bromsgrove Mr. I could not put a name to the hon. I have never heard him speak in the House before and certainly not on Welsh affairs. Later in the evening we had a contribution from the hon. Member for Rutland and Melton Mr.

What is his experience of local authorities? His main credential is that he knows well the right-to-buy policy—the right for someone else to buy so that he can buy back at a knock-down price. That is no recommendation to be on the Committee. Richards excluded Welsh Members one by one, but the converse of what he said is true. Of the 15 Conservative Members that the Government intend to place on the Committee, 10 come from outside Wales and know nothing about local government in Wales and our problems. 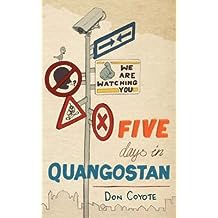 Friend is drawing attention to those facts, will he also remind the House that on Second Reading last night, of the Conservative Members who voted against the united position of the opposing parties in Wales 30 are Conservative Members who wish to defy the Government on English local government reform? They will try to overturn the Government because they want to protect the old counties. I should like to know whether any of those hon. Members are likely to find themselves on the Committee considering Welsh reorganisation.

They are happy to go through the Lobby for the Government on the Floor of the House, but I bet that the Government will not dare to put them on the Committee. They will put on that Committee other toadies who will toe their line. I do not have my hon.